When we first arrived in Colombia, Ben and I planned to visit Tayrona National Park after completing the Lost City trek. However, after returning from the trek with aches from head to toe from 5 long days in the jungle, and knowing the park would entail more hiking, we lost the desire. Instead we headed south to the country’s cooler mountains regions, where we’ve spent most our time.

When deliberating which direction to head to spend our final week here, we reconsidered the park and took the 10 hour bus back to Santa Marta.

Tayrona is located on the Northern Coast on Colombia. Its jungle lands start from deep within the country and stop, almost at once, just a few steps from the ocean. The water is bright blue and the coast is lined with huge, round boulders that resemble giant eggs. Inside the curtain of trees there are trails and campsites to make this wild world accessible and human-friendly. But the clouds of mosquitoes ensure that no one gets too comfortable. Walking through lush, green trails that opened occasionally to dream-like beaches, I felt almost ashamed of myself for having casually dismissed the idea of coming at first. 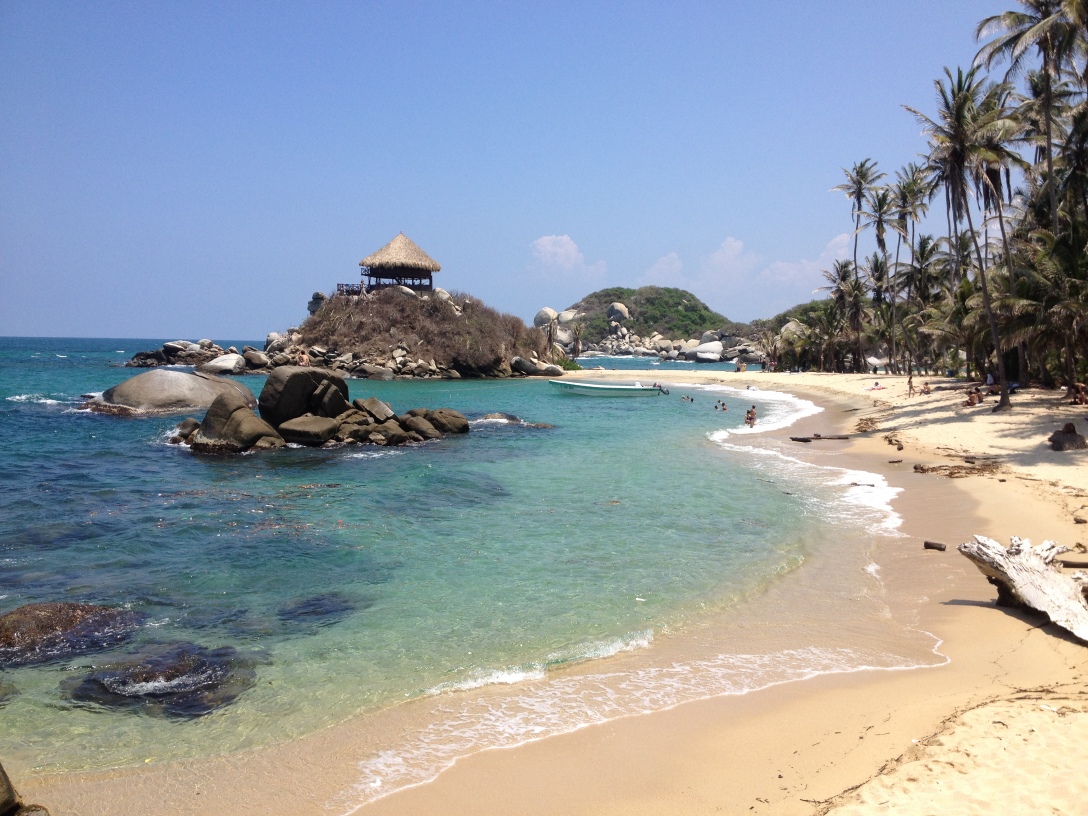 We spent our two days in the park hiking along the coastline, walking as far as the trail would take us. We indulged in our occasional anti-social tendencies, only stopping at the most desolate beaches to swim. On our first night we watched the sunset with new friends, eating a dinner of canned Vienna sausages and sipping cheap boxed wine until seemingly every star in the sky appeared, and all I could feel was immense gratitude. 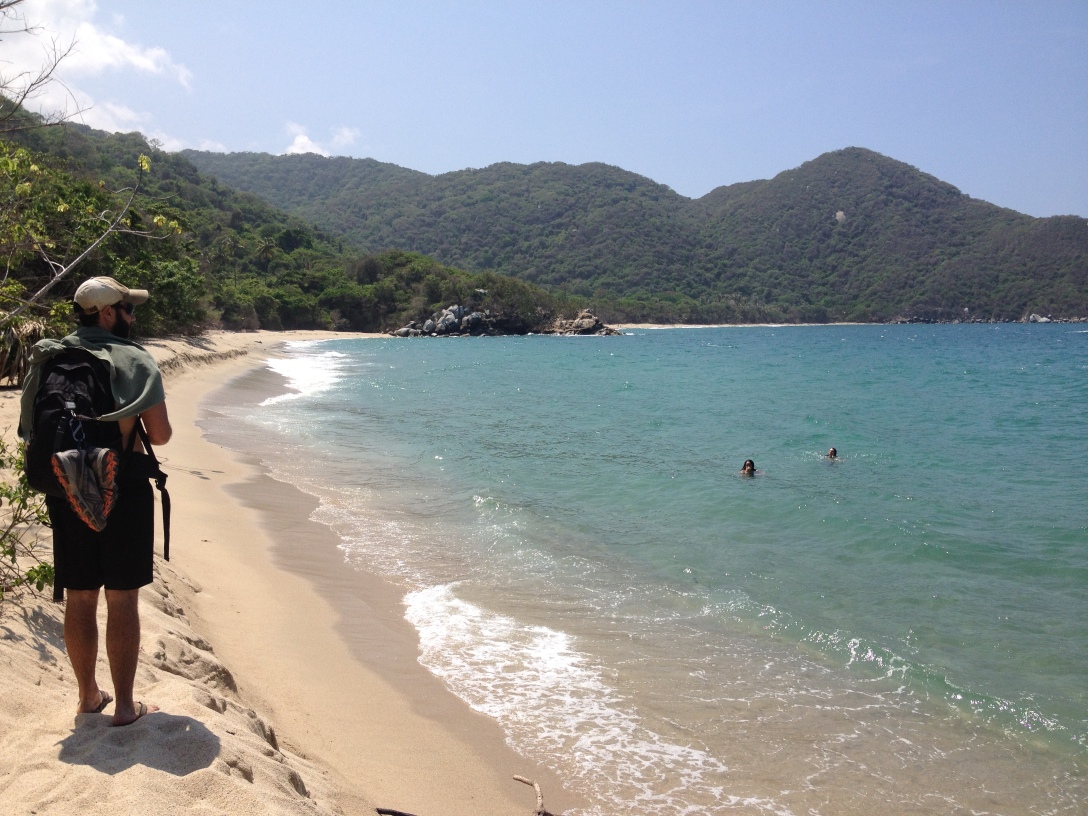 After what felt like returning back to earth, we took a long bus ride back to Cartagena, our start and end point here in Colombia. Walking back through the Cartagena’s Old Town we were reminded of what an incredible city this is. Each road encased in the colonial walls feels romantic with white-washed buildings and Spanish balconies with flowery vines that extend almost down to the sidewalks. But it has as much charm as it does edge with a Caribbean swagger that is magnified by the unrelenting heat.

The Equatorial sun is almost unbearable at times, which convinces me that the best way to appreciate the beauty in this city is at night. Although we managed to escape the mosquitoes that so many gringos fall prey to in Tayrona, (which required a continual coating of Amazonian-strength repellant), I didn’t escape the sun. Since arriving here two days ago, bearing a fiery sunburn, I’ve spent most of my time indoors except for these nightly wanderings.